Optional button
Happy to report that I was back testing kit in my favorite place...North Wales! There is never a shortage of windy, rainy changeable weather and even though the UK has been basking in warm and sunny autumn weather, Wales was cold. 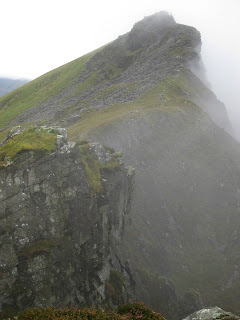 The walk was along what's known as the Nantlle Ridge, just to the North West of Beddgelert. Once you gain elevation from the valley floor up to Y Garn, the ridge takes you along a series of peaks. You get very close to the edge at times, leaving you staring down at a drop of several hundred feet to the bottom.
Weather at the start of the walk was about 6 celcius and windy, so had the following kit on:
Brynje Super Thermo T-Shirt
Brynje Sprint Zip polo
Brynje Skald Soft Shell
Brynje Skald mountain hat
Brynje Super Thermo Boxer shorts 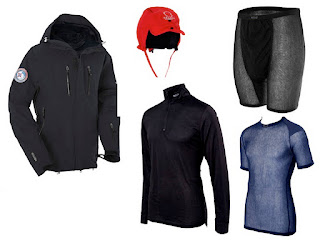 I was nice and warm in the kit as we started along the valley floor towards the steep walk up Y Garn. The windproof Skald Jacket and hat did a good job keeping the cold wind out, and keeping my head warm. As we started to climb I warmed up a bit (to be expected!), and started to sweat. However, the Super Thermo T-shirt started working straight away drawing the moisture away, while my body was able to breath through the open cells. As advertised, the sprint shirt then started to take up the moisture being passed on by the T-shirt underneath. However, with a Soft shell over the top, it was only a matter of time before heat started to build up. Fortunately, there are a lot of options for venting the Skald jacket including massive under arm vents with a handy double zip. One criticism maybe is that the zips are a little difficult to operate without a small lanyard on them (simple fix though). Once I had vented, we carried on up on to the top of the ridge. I also vented the Skald hat, which is a brilliant idea! Of course, I quickly learned to only vent on the leeward side of my head! Fortunately there are zips on both sides. 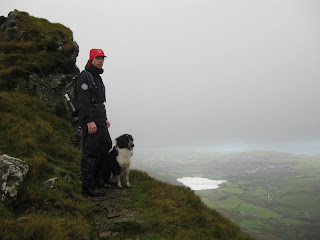 At this point I should mention the Super Thermo mesh boxers......because this was the first time I remembered I had them on!! They worked SUPERBLY. I tend to sweat a lot, and get cold on the lower back and around the hips, but with these on I didn't even notice these parts I was so nice and snug and dry. I even made my wife put here hand on the boxers to see how dry I was...........this was the one and only time she did that!! I was really happy with the performance, because it does take some "momentum" to wear these funny looking boxers. There may be an excellent market for these in dodgy Soho nightclubs though!(apologies to anyone frequenting dodgy Soho nightclubs......nothing meant by this comment......I'm sure your all really nice lawyers and bankers by day.....{double apology to any lawyers and bankers.....I know you are also nice people since I have some friends in the business!!!}).
Anyway, weather at the top was 4 Celsius and windy. The kit was perfect, and I was able to close up the vents to keep the heat in as the work rate slowed down as we scrambled along the steeper part of the ridge. Once up and over the very wet and slippery scramble, the ridge opens out to a nice path and the views also open up as the cloud began to lift. 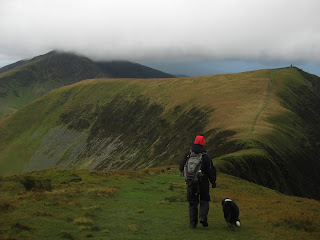 After following the ridge (you can see above) along to the left, we dropped down into Cwm Pennant, a lovely and secluded valley full of small farms and abandoned slate mines. It's really interesting poking around the ruins and trying to work out what everything was. The valley is famous in Welsh culture for being isolated and "behind the times", but also as one of the most picturesque valleys in the country. I'd like to explore the valley further, but that will be another trip.
Once down in the valley, it was much warmer and not much wind, so the hat and soft shell came off. The Sprint zip polo was wet from all the hard work, but this was fine since the mesh (and my body where more or less dry.....clammy is probably a better term). This meant I was warm, even though the outer shirt was wet. That's exactly how the system should work, and that's why I rate Brynje so highly.....it does what it says on the box!
The final push was to get up and over the saddle separating us from Rhyd-ddu and back through the forest. The day kept getting warmer, and so it was a nice pleasant stroll through the forest and fields back to the car.
The kit gave an excellent account of itself, and so we celebrated with a pint at the Cwellyn Arms in front of an open fire! Cheers!
Share Share on Facebook Tweet Tweet on Twitter Pin it Pin on Pinterest
Back to The Right kit
Example blog post
Example blog post
Example blog post